Second time around, things are admittedly easier than before.

Some nights, Zac will not go back to sleep after his feed. Which means that we will be staring at each other for a good hour (or two, or three) before he conks out. If I am lucky, he doesn’t cry much. If I am not, he will be fussing and whinging and I will be all WHAT DO YOU WANT, KID.

But it’s cool. One night, both Mr Thick and I collapsed in our bed and laid there in silence for a little bit. And then I said, “Good thing we know that it is not going to be like this for too long.” He nodded and we shared a quiet laugh.

With two littles, there is no time for us to sit there shell-shocked, wondering what the heck is going on and how do we do it. We just roll up our sleeves and do. And having experience on our side helps, we know that eventually, things will get easier.

Admittedly, it’s tough during the day when I need to juggle the needs of Zac and Aidan at the same time. Thankfully, I have my mother over and she’s been a gem at helping me with the boys. She adores Zac and will put him down for his nap while I give Aidan some one-on-one attention that he craves. And when I am nursing Zac, she will feed Aidan, bring him to the potty and keep an eye on him.

And let’s not forget that I get all my meals prepared for me for a month. I have no idea how I will survive without her after this but mmm, let’s take it one day at a time.

So yes, having two kids has been great so far. Extremely tiring, but also extremely joyful.

(But no, this family is going to be a family of four for a long, long, long time.) 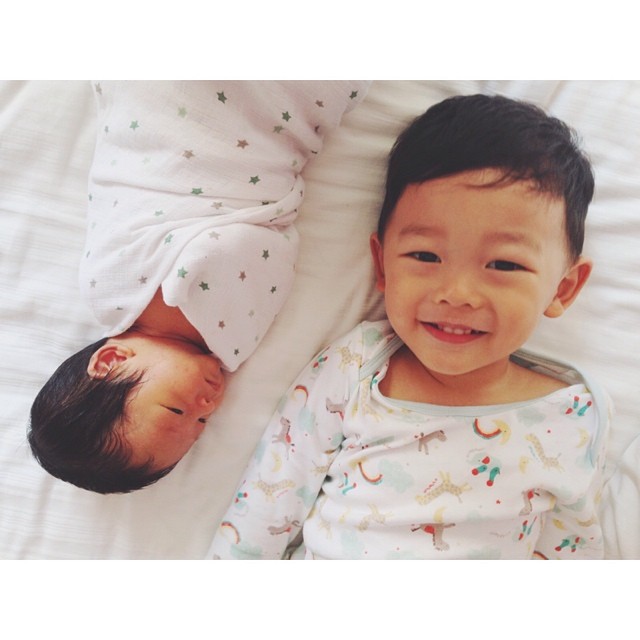 I thought long and hard about sharing the birth story of Zac. I wanted it to be kept a memory, our memory. But then, I had shared Aidan’s story and I think Zac’s deserves a voice too. Plus, I want people to know that it is possible to have a drug-free, natural birth after an emergency Caesarean.

So here it is, the story of how my second-born joined the family.

We woke up, thinking that it was going to be a regular Saturday morning. The kid was rolling around in our bed with us and we were talking about going to the supermarket for a grocery run. I got up and went to the bathroom and then I saw it. Blood. Just a little bit when I wiped but enough to tell me that the time for Zac’s arrival may be sooner than later. My contractions were still intermittent but they were getting stronger.

We ended up at one of our favourite joints, where Aidan kept demanding “pancakes and banana”. And we did do a grocery run before heading back to put the little man down for a nap. He ended up taking a long 2.5-hour one with Mr Thick, before I woke them both up.

On hindsight, I should have taken a nap too! But a contraction woke me up just as I was falling asleep and I couldn’t go back to sleep after that. Boo.

We headed out to National Museum for Children’s Season and, at the very last minute, I decided to go to Vivocity to get my eyebrows done. Just in case I go into labour soon! Priorities, people.

After dinner, we went home, put Aidan to bed and then chatted for a bit before I decided to hit the sack at 11pm.

Unfortunately, sleep was NOT forthcoming. Every time I drifted into unconsciousness, I would get hit by a contraction. And as it died down, I would try to go back to sleep, only to be hit by another one. Slowly and groggily, it dawned upon me that I was well and truly in labour. Gah!

I started timing the contractions and they were coming about 20 minutes apart. Thinking that I wasn’t going into the hospital anytime soon (I was gunning for the frequency to be about three to four minutes apart), I tried to force myself to sleep.

And so this went on, me drifting in and out of sleep, while being woken up by contractions. At about 1am, I realised that the frequency had increased to 10 minutes and the “biggie” contraction was REALLY PAINFUL.

“We are in labour and I want an epidural,” I announced to an astonished husband, who was geeking out in front of his computer in the living room. We marched back into the room and started packing our things for the hospital stay. And then we sat and waited.

AND THEN THE CONTRACTIONS WENT BACK TO 12 MINUTES APART.

Okay then. At that moment, Aidan woke up in his room and Mr Thick went in to soothe him. I stayed in our bedroom and tried to get comfortable. I couldn’t walk because the pressure down my back was too great, and going on all fours did not help. I could only lie on my left or sit up and hug my pillow.

After a while, time seemed to pass so slowly. I was still timing my contractions and they went back to being eight minutes apart. It was so frustrating, I thought that labour was stalling because they were just not moving faster. In frustration and denial, I stopped timing and tried to go to sleep.

To make things worse, I started throwing up at about 4am. At the peak of every big contraction, I would rush to the toilet to hurl. Sometimes, it was just dry heaving. Other times, I was throwing up bile. The pain from the contractions, I could take. But the vomiting was just too much, I could not imagine myself throwing up all the way till baby was out.

I needed that epidural. NEED.
END_OF_DOCUMENT_TOKEN_TO_BE_REPLACED 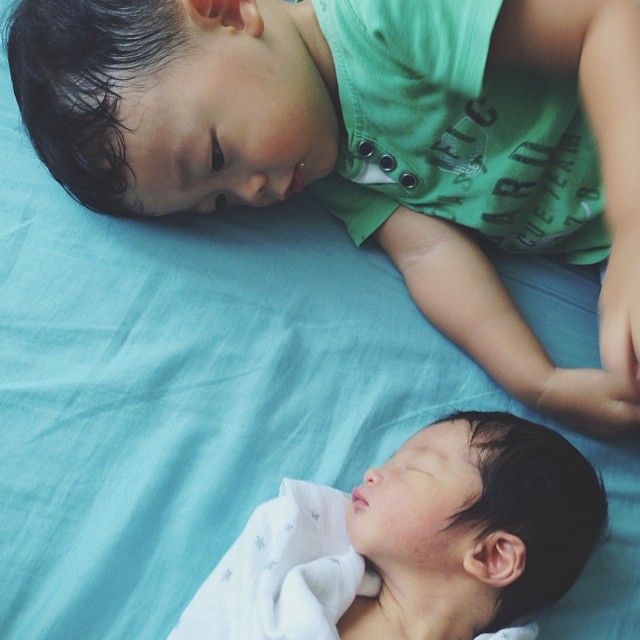 We welcomed our littlest over the weekend. Zac joined us on his estimated due date and he’s just perfect. I cannot imagine life without him now and we are all madly in love with him.

The birth experience was an immensely intense one and apparently rather dramatic. Which I had no clue of, until I was discharged and the nurses and doctors heaved a sigh of relief.

But I’ll leave that to another day.

In the meantime, we are very, very happy, trying to get used to life being parents of a toddler and a newborn, and chalking up sleep debt. 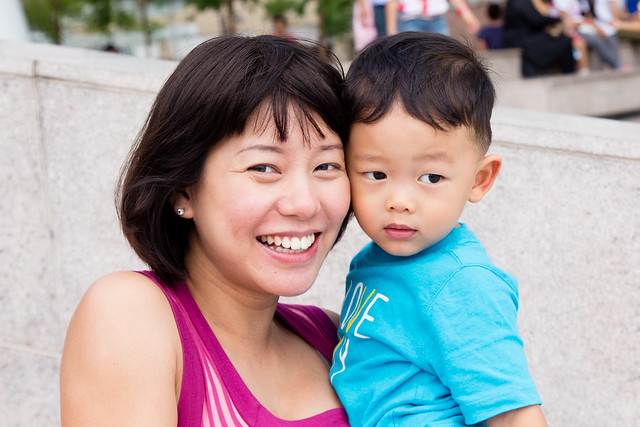