When I was six, my father died.

I remember every single detail of his funeral.

Most adults would be surprised that my memories of his wake are so vivid and real. I remember not wanting to see my papa’s body because I was scared. Scared of what, I cannot tell you now, for it was something I could not articulate then as well. I remember fooling around with my cousins, jumping around like there was an invisible hop scotch engraved on the ground. I remember bursting into tears and bawling non-stop, and being passed around by the adults as there was no one who could console me. I remember the white tee shirt and little piece of straw token pinned to my sleeve.

And the most lasting memory of his funeral, that stayed with me all these years, was the tune that the awful marching band played during the procession: Auld Lang Syne.

This morning, as I woke up to the news that Mr Lee Kuan Yew had passed away, it was Auld Lang Syne that surfaced in my mind immediately.

Funny how some things never leave your subconscious.

When I was a kid, watching the NDP on TV at home was a must. My mother and I would seat ourselves in front of the telly after dinner and watch the entire programme in its entirety, year after year. The only times I missed doing this was when the man and I were camping out at some field somewhere, hoping to shoot the fireworks.

“Every year also the same thing,” my mother would tsk as the contingents marched across the screen. But it never stopped her from watching anyway.

But the moment that we were both waiting for was not the fireworks, but when Mr Lee appeared. We would clap and cheer loudly, as if he could hear us.

“My hero!” my mother would exclaim.

And year after year, it started to become apparent that he was getting on in years, especially after the death of his beloved wife. He looked frail and papery thin, almost as if even cracking a smile was costing him some effort.

The man and I would murmur something along the lines of “look at him, he’s getting so fragile now” and we knew he would die one day.

But we never thought that the day would come. Ever.

You know how we think that some people will never die and they will always be around by the sheer power of their strength and determination?

That’s how I thought of him.

I must confess that as I became a young adult, I stopped idolising Mr Lee and took a harder, more critical view of my government’s policies. The truth is, I do not agree to many of them. But this does not mean that I lost my respect of the man.

His methods may not work for this generation, this era, but the turbulent times probably needed someone as decisive, unapologetic, combative and single-minded as him. I will never understand fully what it was like to live in those uncertain times but seeing how I am a product of his legacy, his methods must have worked.

I am an educated woman with a family of my own. We have a roof over our heads and decent jobs. My children receive subsidised childcare, which allow me to go to work. Our transportation system – say what you will – is stable, reliable, clean and efficient. I never had to worry about the colour of my skin or my gender hindering my progress in school and at work. I have access to delicious, cheap and hygienic food. When I take my boys out for walks, we can duck under the trees for shade. My estate is clean and safe for my kids. I speak two languages fluently. My passport allows me to travel freely and it is highly sought after.

Coming from a single-parent family of a low-income earner, I reckon I have done pretty good, thanks to Mr Lee and his master plan.

This morning, as we watched PM Lee deliver his speech in three languages, I choked back tears. Here is a man who had to put aside his grief as a son to address the nation as an office holder.

“So, so sad,” I muttered to myself repeatedly.

Aidan, the sensitive child that he is, caught on that mama was feeling low. “What’s wrong, mummy?” he asked. How do you explain a death to a three-year-old?

Bless my child, he probably did not understand most of what I had said, but he repeated solemnly after me, “Oh, he is not here anymore.”

Today, I realised that my boys will never know a Singapore that is so infused with the life of Mr Lee Kuan Yew. To them, he will be but a character in the history books, someone they read about during history or social studies lessons. They will never have the privilege of seeing him walk up the stairs of the National Stadium, clad in his party white and waving to the crowd.

And so I write this, in the hopes that they will one day read my words and see that he was not just a man in the story books, but someone who had meant a lot to their mama.

Dear sir, I am sure you did not go gently into the good night, and you probably fought a good fight. Your work here is done and your beloved wife is waiting for you on the other side. Farewell, be at peace, and know that your presence will be sorely missed. Thank you for all that you have done. 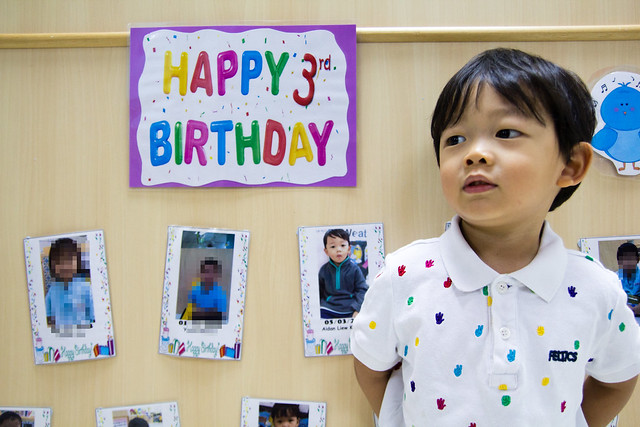 Little man turns three. I cannot believe it. Whatever happened to my baby? Suddenly, he is all long limbs and sinewy muscles. The baby fats have all but melted off his frame. He is all boy now, running here and there and everywhere.

And yet, he is still very much our little boo boo. Every night, he tells me that he wants to “sleep with mummy”. Before he falls asleep, he must, must put his hand on my belly button and then lie his head on my lap. When papa teases him and calls him “baby”, he retorts that he is NOT papa’s baby but he is “mummy’s baby”. He lets us hug and kiss him silly. We play fun little games and sing songs with lyrics that we make up on the spot. He “cooks” for us. He likes to ask me to feed him his yogurt even though he is perfectly capable of feeding himself. He only wants papa to open the car door for him. He says “thank you” and “sorry” in the cutest, sweetest manner.

I still cannot resist kissing his cheeks, even though they are no longer deliciously juicy. I still love to carry him and have him nestle against my neck. I still sniff at his sweaty noggin, pretending that he still retains that sweet baby scent. I still love it when he calls me “mama” every once in a while.

Three years ago, my life changed. It was turned topsy turvy and I found myself crying and laughing at the same time, as I cradled the tiny little being whom we had made, and who was irrevocably connected to us.

My son was born and he taught me what unconditional love is all about. I thought I knew everything but I was wrong.

Everything is still work in progress, of course. We are still figuring our way around this parenting gig. I still wonder if I am doing the right thing. I still wage battles to protect my family and to bring up my children the way I want to.

Once upon a time, he was but a mere flicker of hope. Today, he is my son.

Happy birthday to my boo boo boy. We love you madly, to the moon and back. 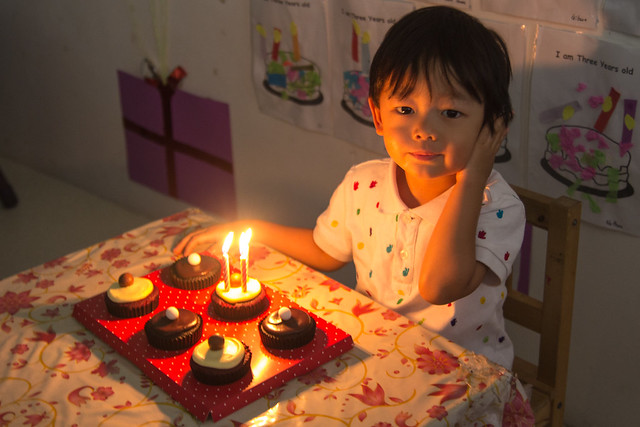 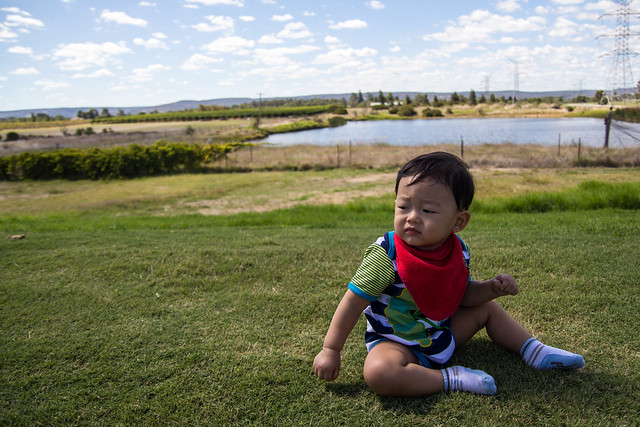 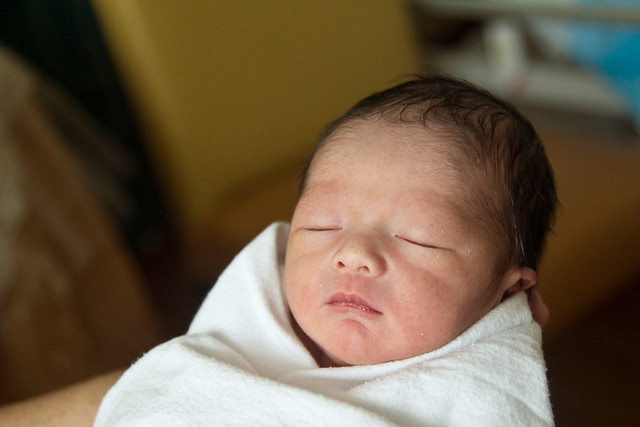