One of the best things about being an educator is that I get to interact, communicate with and observe teenagers.

(Well, sometimes it can be the worst thing ever. Like when I am plastered against the wall and stuck in the lift with what smells like 20 dead and rotting teenage male elephants.)

Every day, as I try to impart some knowledge and skills to them, I have come to realise that they teach me a great deal about life, about people and about myself too.

One of the greatest lessons that I have learnt from them is to STOP BLAMING OTHERS. We see it on a regular basis. Kid is late, blames the bus/MRT/traffic/lift. Kid forgets to hand in homework, blames the tutor/computer/dog. Kid is falling asleep in class, blames the aircon/assignments/tests/tutor. Basically, it’s NEVER their fault. It’s always something.

In more serious cases, we often see kids who are straying from the path, who are clearly on the road to self-destruction. And when we investigate, we see that the reasons are staring in our faces: broken family, spoilt by overly-indulgent parents etc. The latter is beyond our control (and all hope, most of the time) but when I counsel kids who are acting out because their family SUCKS, I always tell them that it’s not about the kind of cards that life hands you, it’s how you deal with the cards that matters most.

It is a reason for your unhappiness, yes, but it sure ain’t an EXCUSE to whine and do stupid things.

And then I tell them about my life. How my father died when I was six and how different I have felt since then. How we were poor and we often walked home because my mother wanted to save on the bus fares. How I started working at 16 and that by the time I entered university, I was all but financially independent.

I had a terrible childhood, a lonely and isolating experience.

And then I tell them, look at where I am now.

There were moments in my life when I really wanted to disappear from this miserable existence. But I had no choice but to suck it up and move on, work hard so that I could get me out of that hole in the ground. Could I have blamed it on my dead father? Or my mother who had to slog it out to bring us up? I just did the best I could, did what I had to, and MOVE ON.

And later on in life, who could I have blamed my infertility on? God? Because He clearly didn’t love me enough to give me babies? My genes? My husband’s genes? My confused uterus?

I don’t know if things happen for a reason, I don’t really buy that theory now. Because, how do you explain starving children, dead children, abused animals and Donald Trump? But I do know that it’s how we emerge from what’s given to us that changes our present and forges our future.

And so I tell them, yeah, life sucks sometimes. But you just got to move on. Quit whining and playing the blame game and just DO.

At the end of the day, be thankful for what you have and not bitter for what you do not have. And there, really, are plenty of things to be grateful for, if you would just open your eyes and see. 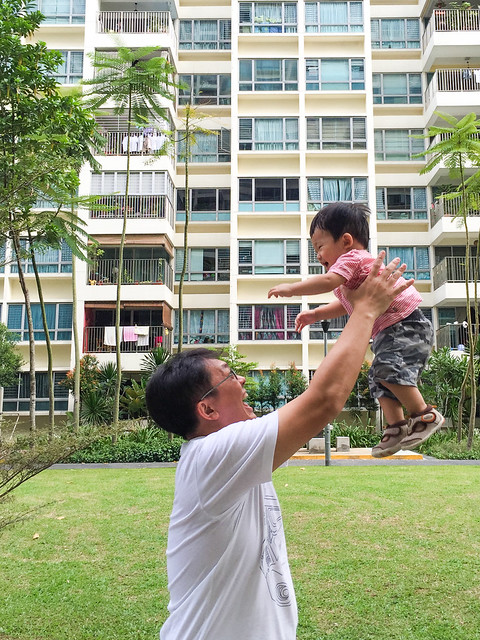