Seven Mid-Autumn Festivals ago, we pledged our lives to each other, for better, for worse, in sickness and in health.

(Not including for richer or for poorer because I completely missed that out when I was reciting my vows. Yeah, I totally fluffed it up, heh.)

We had envisioned a joyful celebration under the stars and the beautiful moon, as the waves crashed upon the shoreline. It was perfectly planned, the date was certainly not chosen at random. There was going to be singing and dancing, and feasting. We even picked out the spot where we would be wed, under this tree: 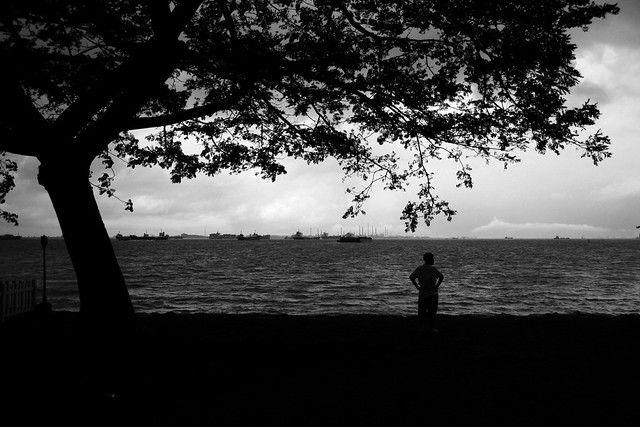 The morning of our wedding day was scorching hot. And then it started raining in the evening.

In the end, the decorations lovingly put up by my dear friends were drenched and washed out. The lanterns that we had placed on every single seat were left unused. We had to hastily shift all the tables and chairs indoors and it was, honestly, chaotic.

Instead of reciting our vows under that tree, we were saying “I do” under the bright lights of the function room.

I was pretty disappointed and heartbroken at that moment when Mr Thick said that we had no choice but to move indoors. But it turned out fine: we still got married, had heaps of fun and our friends got roaringly drunk. It was still one of the best nights of our lives.

Seven years ago, we became husband and wife on September 14. This year, on that date, we spent the afternoon together, just the two of us. It was a simple date, nothing fancy, no expensive meal, no lavish presents. But it was time well-spent. I was feeling tired from the long and exhausting semester, feeling deflated from just about everything, and so the day went by just like that. We ended up picking up the boys and spending the evening with my sister and her family.

Seven Mid-Autumn festivals later, on this day, we spent it with our boys and then with his family. Serendipity, I suppose. The night is quiet with both A and Z finally sleeping, and the mister has dozed off with them. It’s just me, with a slice of moon cake and my two cats keeping me company.

I don’t know what the future holds for us and how the next Mid-Autumn Festival will look like. I mean, in the past seven years, we have gone through a fair bit of pain, drama, trauma, blood and tears. There were times when I had no idea if we were ever going to remain us.

But here we are, tired but happy. With two littles and two feline babies in tow. He’s not perfect but neither am I, and together we balance out each other’s shortcomings. Like I have always said, we may not be perfect to each other but we are certainly perfect for each other.

Marriage is hard work, staying in love with someone is so much more difficult than what those ridiculous books and movies tell you. It’s a choice, it’s an active choice that we make every single day.

And so I choose him. As our wedding vows go, until death do us part. 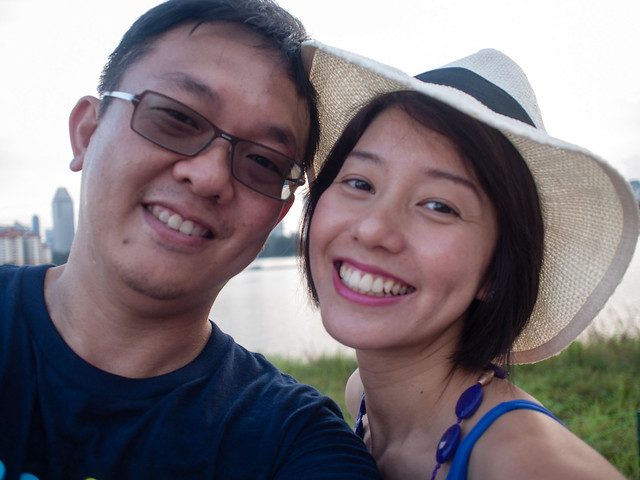 (Or if he becomes poorer. In which case, HASTA LA VISTA BABY!)