Me, I have an uncomfortable relationship with my island home. It is where I was born, where I grew up and collected fond (and not-so-fond) memories over the past 37 years, where I got married, where we built our home, where my two boys were born, where we are bringing them up.

It’s everything I have ever known and loved, and yet it’s also a place which gives me dissonance. Home is where my family, my friends, my food (I am a Singaporean after all…) are. Home is beautiful. Home is also run by a government whom I feel strongly for and against in so many different ways.

In my own little way, I try to imprint the changes I want to see, in the area that I am most familiar and skilled in. And that is one reason why I remain in public service, in education, because I feel a strong pull to try to put in changes from within. There have been many, many times when I feel completely out of place in public service because I do not fit the typical mould of what a government employee should behave but I also know that an organisation needs variety – strange people like me – in order to thrive. And so I stay and try to fit in where necessary and push against boundaries when I can.

Two weekends ago, I was given tickets by my god-brother to see the first public rehearsal of the National Day Parade (NDP). He, through the connections that he had built in the army, had received four tickets but chose to give them to me as his babies were too little to attend. Family rocks. 🙂

So off we went, me and my boys and the husband, and sat ourselves down in the Marina Bay Floating Platform. And I daresay that this is really one of the best NDP that I have seen. 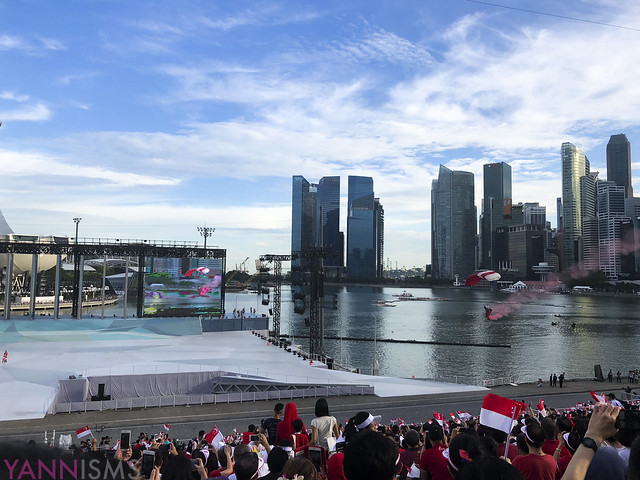 Look, we all know that while part of the purpose of having a parade on the day of our independence is for us to show off our pride in our country, a lot of it has also to do with propaganda (for the lack of a better word). There is a nationalistic message that needs to be sent out to the citizens and the rest of the world: we may be little but we have plenty of might, just look at our tanks and our armed forces. This is usually the part in the parade that I skip.

This year, while there is still some element of that, much of it has been removed or shown in unbelievable subtlety. Much of it has to do with the creative direction of Boo Junfeng – there is so, so much less of that LOOK AT MY MUSCLES AND LOVE ME bellowing and pounding on the chest, and more of that gentle, introspective feel. The films were exquisitely shot and edited (needless to say), and evoke emotion and thought. I was wiping away my tears while perched on the tiny yellow plastic seats at the platform. The performances were less cliched (giant Aedes mosquitoes, remember?) and less showy, and that is honestly an amazing feat in itself. 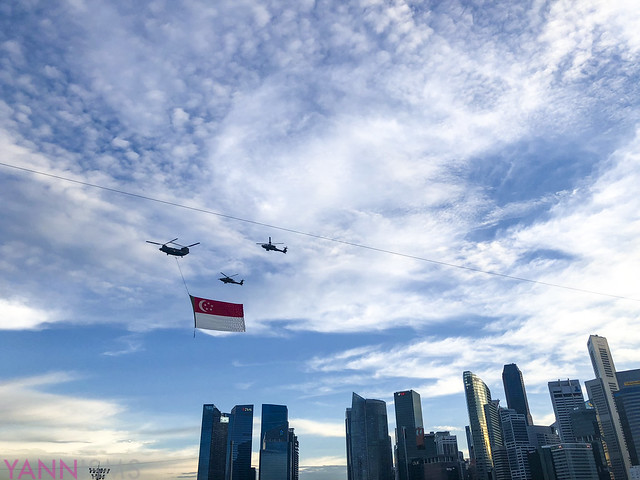 The best part – to me! – was the music. If you had seen that video of We Are Singapore and loved it, then you’ll be happy to know that many of the songs that we know and used to sing as kids in school have received the same treatment. I won’t spoil it for you but I just want to say that Aisyah Aziz’s rendition of The Water is Wide brought tears to my eyes. Her voice soars effortlessly and is packed with the right balance of ethereal lilt and gravitas.

So. I count myself lucky to have been able to catch this NDP “live” and to experience all the works on the spot. It was a masterstroke from the organising committee to get Boo as the creative director and I think it’s more than paid off. If you have the chance to watch either the rehearsals or parade live, yay! Otherwise, don’t forget to catch it on TV. It will be well worth your time.

Just make sure you have some tissues near. 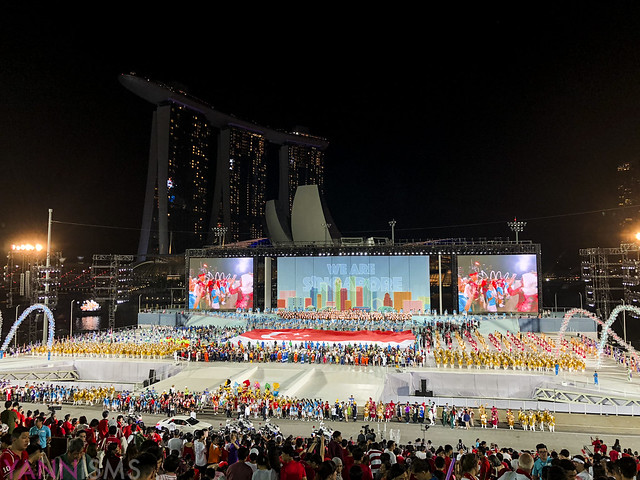